Anybody who has spent any time working in the public sector will have got used to being told how much better everything is in the private sector, and will probably also have learned to brush such comments aside without taking too much notice of them.  That’s good because such comments are often ill-informed, but very bad because sometimes they aren’t.

Paul Johnston has been hearing about how slow the public sector is to change.  His response is to reflect that:

Personally I suspect that all large organisations are “slow to change” if that means “adopt the path the leaders of the organisation have decided to move forward on”. In fact, this applies even to small organisations or dare I say it individuals. Certainly when I make a decision to try to change my own behaviour, I do sometimes experience difficulty in “driving through change”!1

As one whose job is to drive change in a public sector organisation, I have to say that change does feel like a very slow process (though even that is heavily dependent on what kind of change you are thinking about).  But I often wonder whether organisational size really is the key factor it is often assumed to be.

Another candidate is longevity.  As the authors of Built to Last demonstrated, most companies prove not to be. Government – both central and local – may change names and configurations, but the machine continues.  The idea of a government start up – a little group of fanatics battling with cold pizza and an uncaring world to bring a better mousetrap (or a better regulatory framework for mousetraps) into being  – is not one of the founding myths of public officials for the very good reason that that is not how life is like for them.

That thought was reinforced strongly for me when I visited the Cabinet War Rooms a couple of weeks ago – for the first time, despite having been working in and around Whitehall for a great deal longer than I feel comfortable remembering.  Apart from the overwhelming thought about how on earth anyone fought, never mind won, a world war using little more than a few telephones, a couple of maps and a large box of pins, the two things which struck me most forcibly were the chairs in the cabinet room itself and the hole punch in the typing pool. Why? Well because the design, functionality and daily use of those things remained essentially unchanged in the civil service of half a century later.  I have sat in just such chairs wielding just such a hole punch. 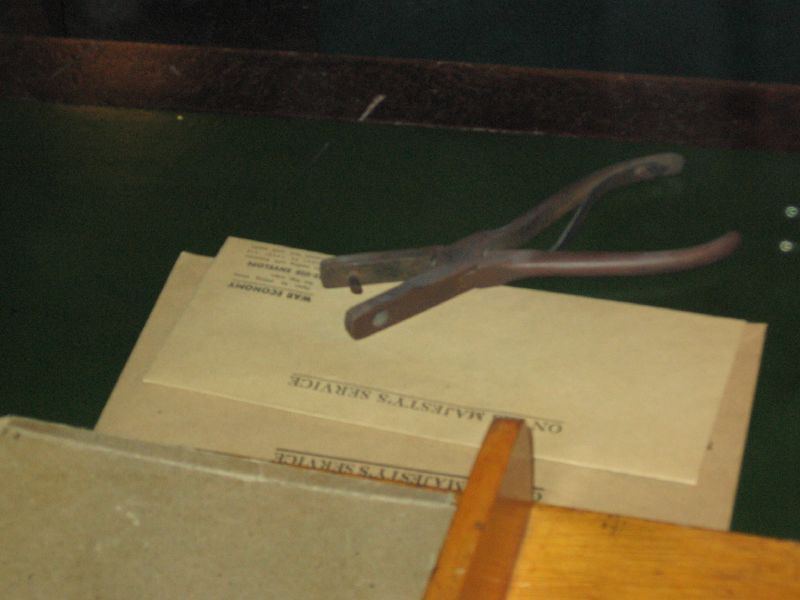 There is, despite popular perception, a lot which has changed and is changing in how government operates.  Nobody joining the civil service today will have the start of recognition I experienced from the ghosts of my predecessors.  But there are few, if any, real discontinuities in that change – at least in its cultural aspects.  The pace of change, and the skills necessary to engineer it, are very different in such an environment than in one where the phoenix of organisational change burns up and is born again over months and years rather than decades and centuries.